My visit to India

I went to India

I went to India.

“But Antonio, India is huge, you can’t just tell me you went to India; you have to be more specific.”

I went to Kerala, a state in the southern tip of the country – with little-known cities compared to other big cities in India; a unique state due to the marked differences from the others. From climate to religious diversity. As a Mexican, I grew up believing in many stereotypes of people from India:

But I realised my error since I interacted with Indian students during my master’s degree.

Not all are Hindus: Kerala’s religious diversity is the largest in the country: 54.72% of the population are Hindus, 26.56% are Muslims, 18.38% are Christians, and the rest profess other religions or none at all. From anecdotes, people in Kerala do not feel the religious division as strongly. Instead, it seems that everyone gets along with each other; it seems that peaceful coexistence is the norm among Keralites. 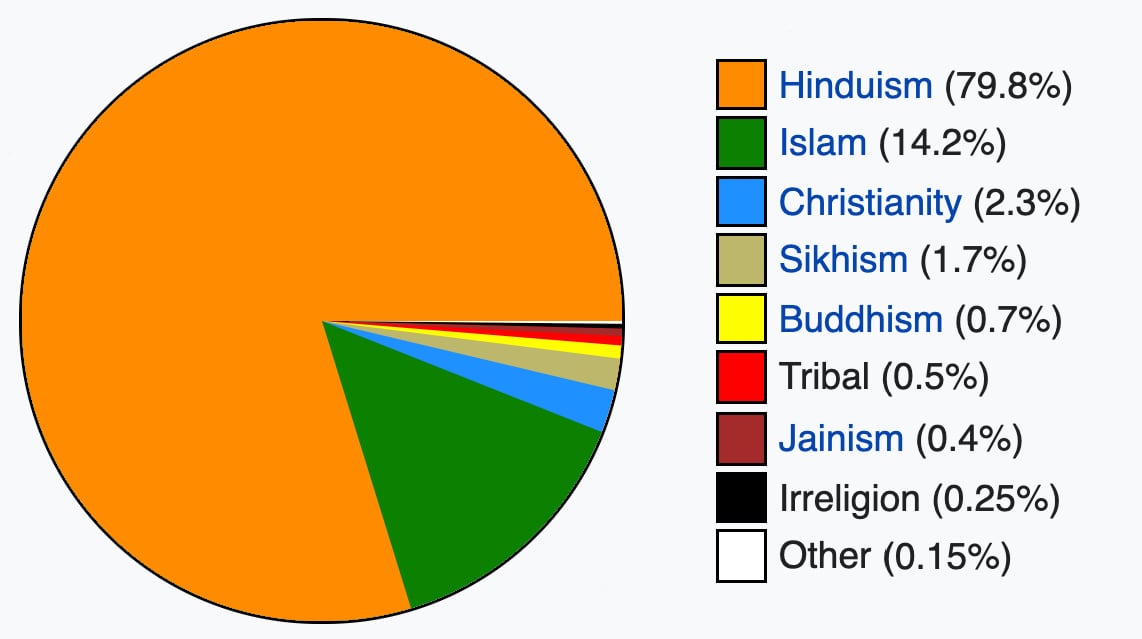 They were not (initially) conquered by the British: Part of this diversity stems from the fact that Kerala was “invaded” or conquered by various empires throughout its history: initially by the Portuguese in 1500, the Dutch in 1660, and later by British in 1799. This without counting the invasions between kingdoms originating from India.

Not everyone speaks Hindi: The history of India is marked by the existence of multiple kingdoms that existed before the invasions of European powers. These kingdoms were characterised, among other things, by the languages ​​they spoke; despite being adjacent to each other, the languages ​​were different – ​​a division that prevails to this day. Many have the idea that Hindi, along with English, are the official languages ​​– and while this is true, other languages have a special status in the constitution: Bengali, Marathi, Telegu, Tamil, Gujarati, Urdu, Kannada, Malayalam (the one spoken in Kerala), Punjabi, Assamese… among others. 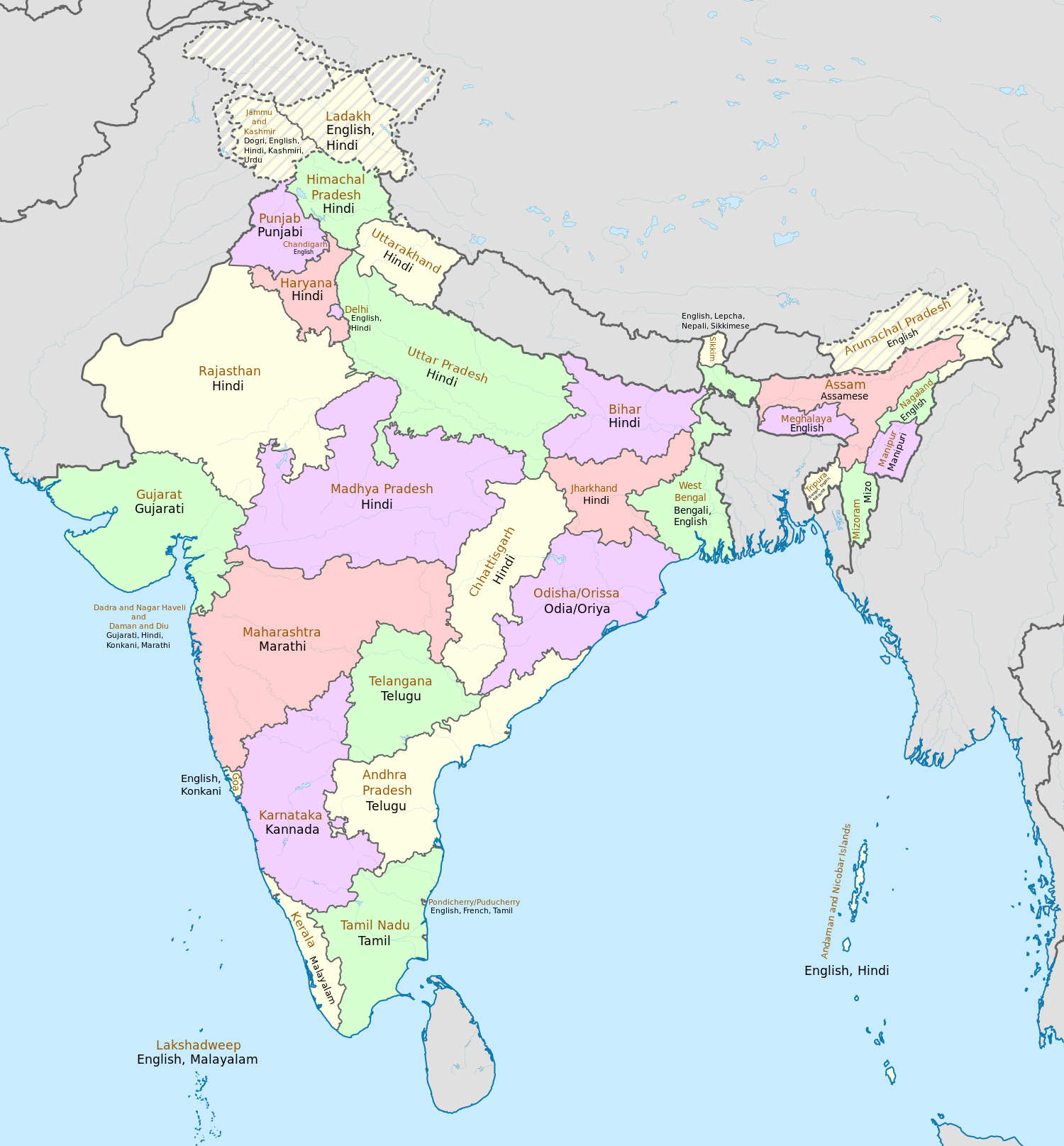 Another expectation that one can have is that most Indians speak English. However, this is also a misconception since only 12% of Indians declare that they can speak English as a secondary language – mainly in large cities. In my experience in Kerala, it is the young people; my age and younger who can speak English, while other generations mostly communicate in their native languages.

Another curious phenomenon that creates false expectations is that in Indian movies, there is often a mix between English and the native language. The actors often use words in English and sometimes complete sentences. In real life this is not so common.

Not all are vegetarians: In Kerala, people eat beef, pork, chicken, and being a state with a vast coastline, it is to be expected that fish is a massive part of the Keralites’ diet. This represents a big difference from some other states where beef consumption is even prohibited by law. Interestingly, it seems that some Hindus within Kerala also consume beef to varying degrees – sometimes even secretly.

The same goes for alcohol; there are states where it is prohibited – in Kerala, one can buy alcohol from government stores, hotels and restaurants.

Not everyone has similar physical features: people from the south tend to have darker skin tones. In contrast, those further south are lighter-skinned – one of the things that surprised me the most is seeing people with oriental features (commonly associated with people of Japanese or Chinese origins) but with dark skin, a phenomenon that occurs in the northeastern part of India.

My goodness. I was shocked by the way people drive, I don’t want to say that it’s terrible because it works for them, but I don’t know if I would dare to drive safely on those streets.

It is common to overtake at any moment, and you have to be fully aware of your surroundings since at any moment someone in a hurry can appear to speed up in front of you.

In the part of Kerala I was in, sidewalks did not exist; pedestrians share a two-lane street with people riding bicycles, auto-rickshaws, motorbikes, private vehicles and public transport buses.

India is a large country, with scattered communities far from the big cities and with climates like Kerala where it is either scorching with high humidity or constantly raining, walking is an unattractive option for both locals and tourists – I rarely walked, my preferred means of transportation was autorickshaws.

I have already talked a little about the culinary diversity of India, but here I would like to go into a little more detail. The food tends to have a reputation for being hot and spicy – I’d say that ​​only the second is true; there is an enormous amount of spices and mixtures that create flavours that are unmatched in Mexican food in some ways. However, very few things are hot spicy; they don’t make you suffer.

In India, there is also a great culture of sharing food – the prevalence of individual dishes is rare, unlike in western countries. There, the food is put at the centre, and everyone takes their plate and helps themselves with what they are going to eat, as many times as necessary. Usually, a bowl of rice is placed (either prepared or plain), and a variety of dishes is mixed on your plate individually.

Another peculiarity is that it is widespread to eat using only the fingers of the right hand, mixing the rice or bread with the rest of the dishes before putting everything in your mouth. The unwritten rules are that you must not let the food touch the palm of your hand, you must not use your left hand to aid in food consumption; Similarly, licking your fingers, something I do constantly, is not so well seen in public. Hand hygiene has a priority position; both in private homes and restaurants, you can find sinks and soap without going to the toilet.

Something that I don’t like so much about the food there is the amount of oil used for cooking – in Kerala, it seems that you can’t prepare anything without using coconut oil. Speaking of complaints, Indian desserts contain an unimaginable amount of sugar, making them unbelievable sweet and likely unhealthy for human consumption.

In India there are two types of toilets: sometimes there is a toilet where you can sit as we know it in the west, or sometimes this is replaced with a hole in the ground where you have to squat. In all the places I visited there were toilets, thankfully.

But the strangest thing is that there is usually no toilet paper to clean yourself after using the toilet. Instead, the people of India opted for a superior method of hygiene: washing instead of wiping. In the bathrooms you will find a kind of water pistol, which you must use in order to clean yourself. Right hand to dispense the water, left hand to run the wash. Now you see why eating with the left hand is not so well seen.

I have no complaints about it, it is a bit strange and complicated at first, but I think that if you are going to spend a long time in India, you should get used to it. I did bring a few rolls of toilet paper (because the paper you can buy there is disgustingly thin), but I’ll go for the higher form of personal hygiene next time.

I had been warned that people in India tend to intentionally stare at other people, mainly those who are different from the norm that usually exists in their daily lives – note that this does not only apply to white foreigners (or pink, like me) but also with Indians who are unusually tall, short or have different skin tones. In my particular case, I didn’t feel this phenomenon so much because I didn’t go out much in public, but I definitely did notice that some people were staring at me on a couple of occasions. The key is not to consider it intrinsically rude, sight is very natural and of course, something different from what you are used to will attract your attention.

I left India with the idea that everything is very cheap compared to the prices I pay in London (food, transport, and entertainment). I still find it incredible that for the equivalent of 20 dollars, we managed to feed three people in an expensive restaurant by Indian standards. If you’re willing to sacrifice a little more on comfort (and perhaps hygiene), you can eat well for $2 or $3 a day.

I really enjoyed my time in India, and I can’t wait to go back and spend more time there and learn more about its culture.